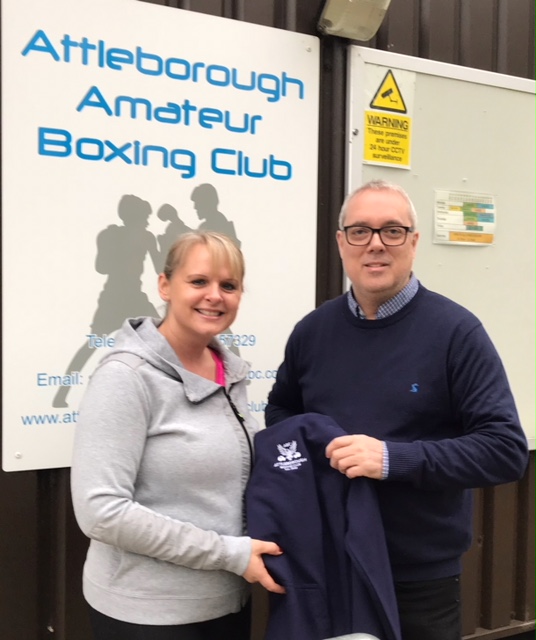 Attleborough Boxing Club welcomed its 900th new member this month since it was established in 2008.

The lucky 900th new member was Lisa Davies and she was presented with a ABC Club Tee-Shirt by Chairman Colin Kilby.

To celebrate its 10 Anniversary the Club is arranging a series of events throughout 2018 including an Autumn Ball and showcase Boxing Show at Wymondham in May.