After 3 years since her last bout Lily Devlin returned with a very good win tonight in London at the Haringey Boxing Show. The very popular ABC boxer got better as the bout went on as she began to shake off the cobwebs , beating her opponent on the jab and boxing well. She also got in some good body shots and finished strong. A great night was complete when the judges awarded her the win in way of a split decision.  Lily felt as if she could of done better and felt a little rusty but the comeback trail begins with a very positive start and the Team were very happy with the performance and extremely proud of their boxer. 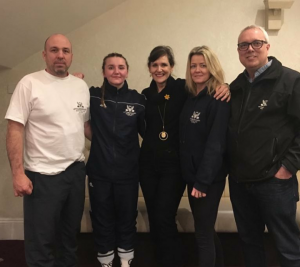 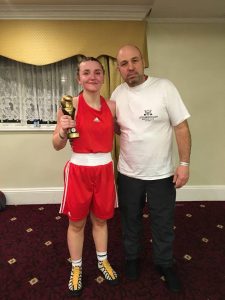 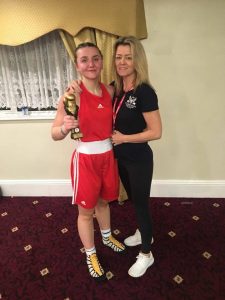