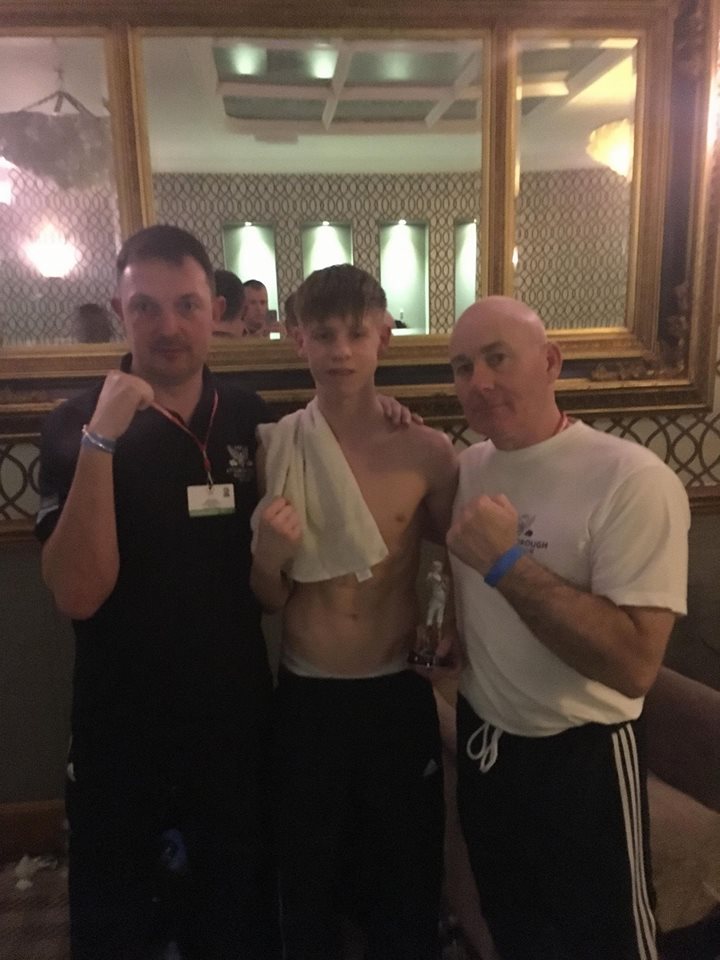 TeamABC made the 5 hour long trip up to Sunderland where Devon Lockwood faced a very good opponent from the Wearmouth Boxing Club. Devon started the bout very well picking his shots and landing some good scoring punches right from the bell , his highly rated opponent also came back landing some good shots of his own. As the bout developed Devon continued to move and box well catching the home lad with some further good shots. Being so evenly matched neither boxer could sustain any constant pressure, nor due to good defence work and movement could either land a flurry of telling punches. Both young men put on a great display of boxing for the crowd in a close contest. The judges scored it very close, in fact it went to a split decision but unfortunately on this occasion for Devon the win was awarded to his opponent. Despite the loss our man can be very happy with his display , he also received high praise from the wonderful hosts.