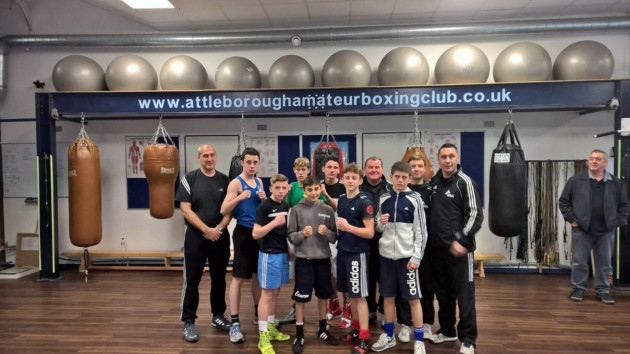 Attleborough Boxing Club has been named Community Club of the Year in the Norfolk Sports Awards.

The has grown from humble beginnings to become one of the leading clubs in Norfolk.

It was founded in the front room of head coach Jon Dennis’ house in Great Ellingham seven years ago.

But today it is based in a fully-equipped and extended multi-purpose gym, located on a former warehouse on Deopham Road.

With more than 250 members, including 30 competitive boxers, the club has been credited with reducing anti-social behaviour in the town it serves.

It offers people aged five and upwards with a safe place to train, develop their fitness and boxing skills.

Mr Dennis, who dedicates some 40 hours per week, 52 weeks of the year, said: “People tend to look at the sport as just punching each other in the face, but it is much more than that.

“It is about discipline, watching what you eat, communicating with people from all walks of life and keeping fit.”

The club has 10 coaches and is run entirely by a team of volunteers.

And this year its membership has continued to grow, with more female and older people getting involved in the sport.

Speaking about the award, Mr Dennis, who won Volunteer Coach of the Year in 2015, said: “We have been nominated three times for the awards as a club, and we won it in 2012.”