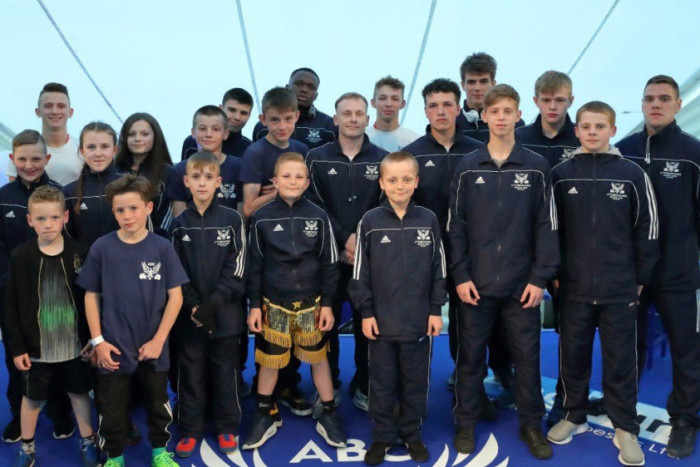 Attleborough Boxing Club entertained more than 500 guests for their second annual dinner show in what was their biggest and best show to date. All the lights and glamour of a professional show were packed into a huge marquee at Wymondham Rugby Club, as the amateur club’s hard working and incredibly-talented youngsters showed off their skills in front of a big crowd.

Attleborough’s Hopey Price and Harvey Brooks, from Maldon, kicked off the night with the first skills bout on the card, with both boxers working hard and pleasing the eager crowd. Home boxer Harry King-Tomlin did not disappoint in his skills bout against Norwich City’s Kody Bowden, as both boys showed plenty of determination.

The ladies were represented as Attleborough’s Isabelle Price put on a great show against Boston’s Rochelle Forcargue, while Corbin Sewell completed the skills bouts and showed great heart against Dylan Warner, of New Saints. Attleborough’s Paul Taylor Willet won on a unanimous decision against Sam Moran, from Bridgewater, in the first competitive bout of the evening.

Charlie Connaughton, a recent gold medal winner in the Pirkka Cup, in Tampere, Finland, excited the crowd to scoop up a points win against Boston’s Kain Penn. Home boxer Owen Bolingbroke put up a great effort against David Pagado, from Norwich City, but after a hard bout on this occasion it was not to be. 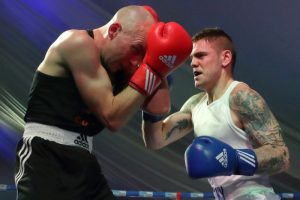 Next up was another Attleborough gold medal winner in the Pirkka Cup, Devon Lockwood, who dug deep to earn a well-deserved win over Boston’s Dylan Robinson. Attleborough’s Lewis Nagle claimed a convincing win over his opponent Ben Lee, from Colchester, while Norseman’s Louis Thomas showed great heart to win on points against Colchester boxer Louis Hudson. Islington’s Mo Gharib outclassed Kingfisher’s Henry Potter to gain a well-deserved win, while Rhys Parks proved too much for Aylsham’s Luke Roberts in a split decision triumph.

Attleborough’s Carl Bevan showed great determination after taking two standing eight counts in the second round against Islington boxer Bryan Cox, before losing out in a unanimous decision to his tough opponent. Home boxer Ray Firth entered the ring to rapturous support and, after a slow paced first and second rounds from both boxers, he stepped up the pace to beat opponent Aiden Cope, of Trumpington, via a unanimous decision.

As the senior contests continued, Kingsheath’s Noel Smith clinched a split decision victory over Bridgewater’s Bradley Rae, and Norwich City boxer Liam Goddard overcame Alex Pennell, of Northampton, on points. Kriss Montegriffo did Bridgewater proud by landing a TKO victory against Mouldon’s Henry Martin, before the night finished with a bang as talented Thetford-based rapper Ricco took to the stage to help introduce both boxers for the final bout of the evening. Attleborough’s Ewortise Arenyeka took on Harrow’s Daniel Mcgreal and the home boxer entertained the crowd with a mixture of talent and antics, controlling each round to gain yet another unanimous decision for his club.

Club chairman Colin Kilby thanked Wymondham Rugby Club for hosting the show and also thanked the many sponsors and volunteers who helped make the show a success and the biggest and best to date. If you are interested in joining the club, please email succeed@attleboroughboxingclub.co.uk or call 01953 457329.