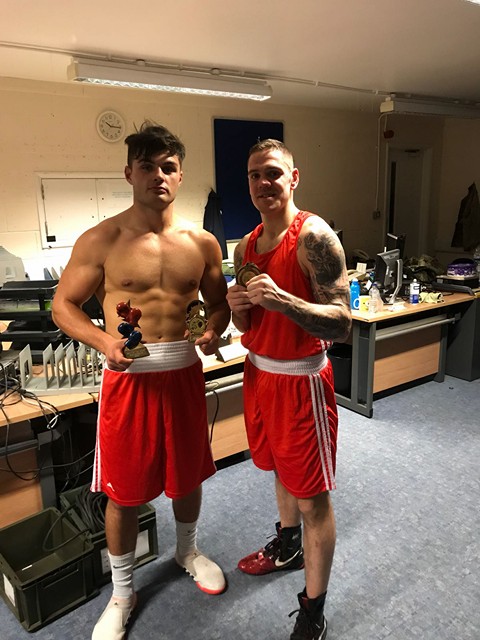 Charlie Humphrey and Ray Firth represented TeamABC last night at RAF Marham in front of a very large and vocal crowd. Both bouts were rematches against RAF boxers where the results had previously gone in our favour albeit very close and great contests. (both winning by way of split decisions , Ray on the 24th February and Charlie 10th March)

Ray was the first in the ring against a good opponent and once again it was a close bout with both using some good skills and boxing well for spells but neither could sustain any real domination. Every round was very similar and although evenly matched Firthy was the one landing more of the cleaner shots , especially in the 3 or 4 punch combinations. The judges agreed and awarded our man the win with a unanimous points decision.

Charlie was in the last bout of the night against a good southpaw boxer who is based at RAF Marham which roused crowd to even higher levels of vocal support. Just like a fortnight ago there was nothing between the two boxers , both showing respect for each other and trying to wait and create openings to attack. It was such a close contest once again and there was very little between them with both boxers landing some good shots in a very tactical boxing bout. Each round was exciting and close with both having little spells of superiority without being able to capatilise on to full effect which meant it was going to be another close decision come the sound of the final bell. Even the judges were split on the winner but on this occasion they raised the arm of the RAF boxer in a contest that was also awarded ’bout of the night’. So thats 2 bouts with a win each and both by way of split decisions , I wonder when and where close encounter for the Third time will be ?! 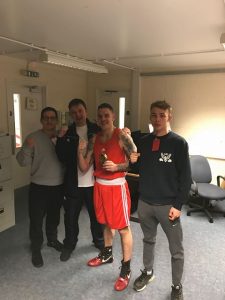 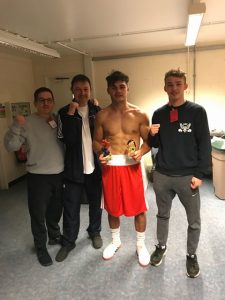