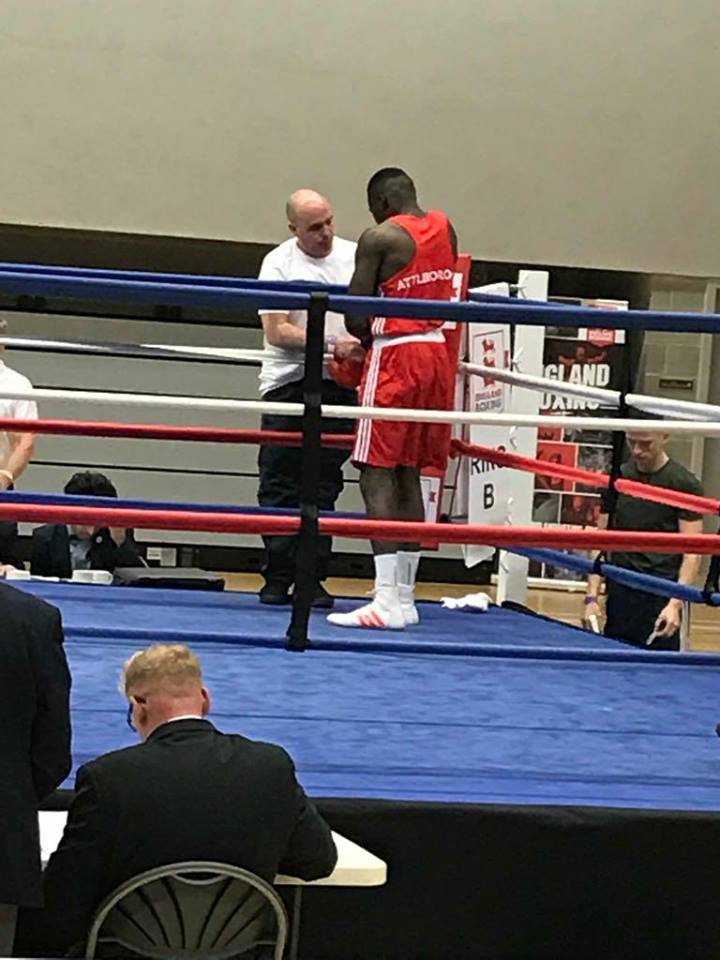 Club News
The team all left work early on Friday to travel up to Huddersfield for Connor and Ezra to box in the Elite Championships. Disappointingly once we arrived we got a call saying that Connors opponent had pulled out so he got a bye to the Quarter Finals.
After a relaxing evening we then got up early to get to the venue for a early weigh in but then had to wait till very late in the day before our man was boxing.
When the time finally came , Ezra walked into the ring looking confident, and was the better boxer in the first round. However he came out in the second and seemed to have lost all his energy, he tried to work hard but had very little to give. He now needed to win the third round convincingly if he was going to join his teammate in the next round
Ezra came out for the third and had as he said ‘just had lost his legs and all his fitness’, he had no power in his legs and he just seemed to have lost all of his energy and never boxed to the level he is capable of or the levels required at this stage of the competition! Unfortunately he lost this round as well as the bout so was out of the tournament. 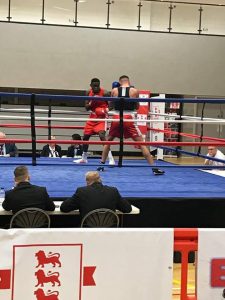 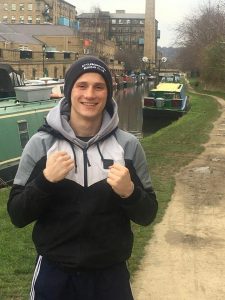