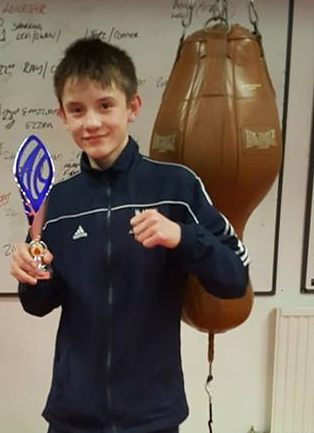 Tyler Bolingbroke boxed Saturday afternoon in the Halstead Boxing Club show. Starting the bout poorly and not boxing anywhere near what he is capable of he gave his opponent the first round. The ABC boxer then came out for round 2 completely different , boxing superbly and dominating the round with a very good display. In the final round Tyler out boxed his opponent and was the more aggressor out of the two. It went down to the judges call and unfortunately on this occasion they raised the arm of his opponent. Even though we didn’t get the result there were positives and we now work even harder in the gym to ensure victory next time.