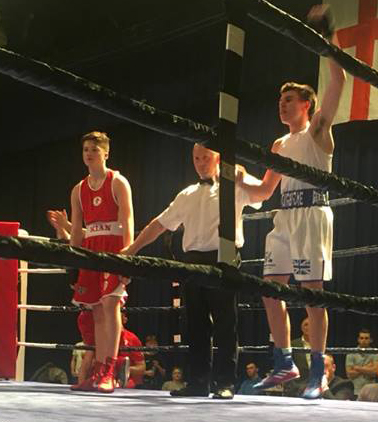 TeamABC hit the road and headed South to Kent where Owen Bolingbroke boxed on the Westree Boxing Club Show. Our man faced an opponent who he narrowly lost against at the end of last year in a very even contest. Wanting to make a good start this time around Owen started with a high tempo never giving his opponent any room to work. Owen continued to box fantastically constantly switching attack from head to body and consistently performing with a high tempo which restricted his taller opponent from working at long range. Showing his strength and ability the Westree boxer caught Owen with a big bolo punch in the final round but our man weathered it well and came back strong to end the contest the same way as he started it. With a great performance the result wasn’t to be in doubt and Owen was awarded a unanimous decision win. 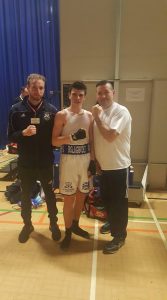 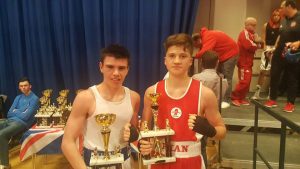