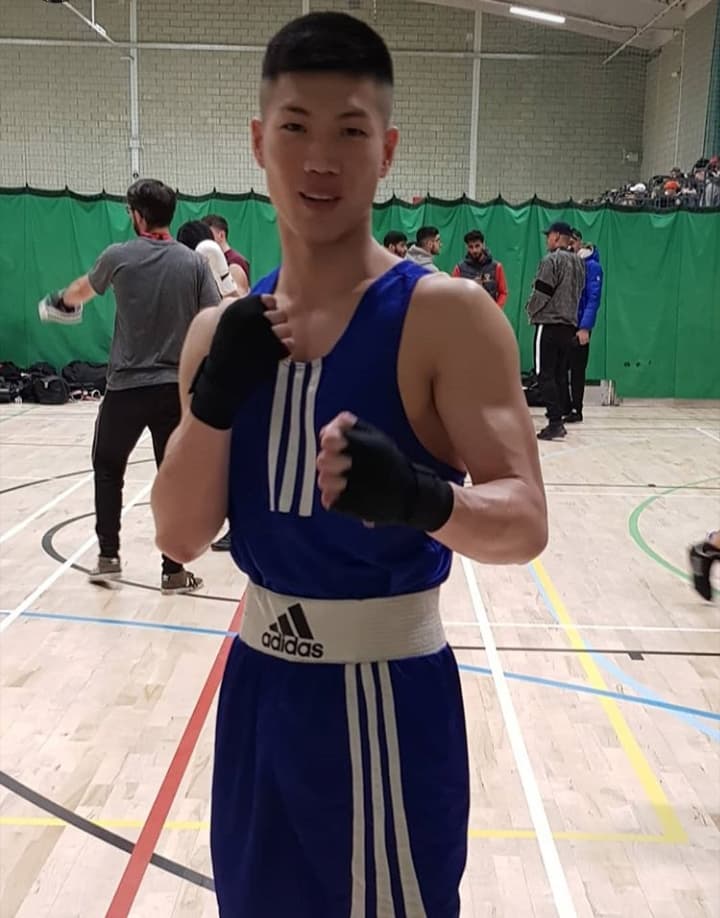 TeamABC headed to Wolverhampton where Howie Awyong competed in the BUCs Boxing Championships , a national event for all university and college students studying in Britain. This event is held over 3 days with boxing every day for the winners.
This was going to be a great experience for Howie in many ways not only due to the fact going into this competition the UEA student had only boxed in 1 bout previously , but the demands of competition boxing spread over 3 days with consecutive bouts is completely different to boxing at a show then going back to training before the next bout.

After travelling up the Thursday night to we arrived early the next morning for the official weigh in and then waited for the draw. (in boxing competitions spread over a few days there is a lot of waiting !!) The draw saw us matched against the Nottingham University entrant. After more waiting and relaxing the time had come for Howie to box in the tournament he had aimed for since starting uni and joining the boxing club. The bout was fairly even to begin with as both boxers gave a good account of themselves but as the contest went on Howie began to get the better of his opponent landing some good combinations and showing good work rate, resulting in 2 standing eight counts before the referee stopped the contest in the final round. Howie had not only doubled his bout tally record but had impressively made it to day 2 of the competition and the semi finals.

After a good nights rest and some refueling it was soon semi final day , again Howie made the weight and then after a bit of waiting ! the time had come to face his opponent , a strong boxer representing Brighton university. This was a close bout with both boxers landing some heavy blows. Howie trying to avoid the big rear hand from his opponent whilst producing some quick hand and footwork himself. It was a close tough bout for both boxers which was physically demanding and draining but despite giving it his all and boxing well the judges awarded the win to his opponent.

Despite the loss this had been a great experience for Howie, he had boxed well , learnt things and will undoubtedly improve from the weekend. coming into the competition with only 1 bout under his belt and leaving with 3 will be a big positive. The way this young man represented ABC and UEA and conducted himself throughout the 3 days was a credit to himself and will be a big advantage in his development.