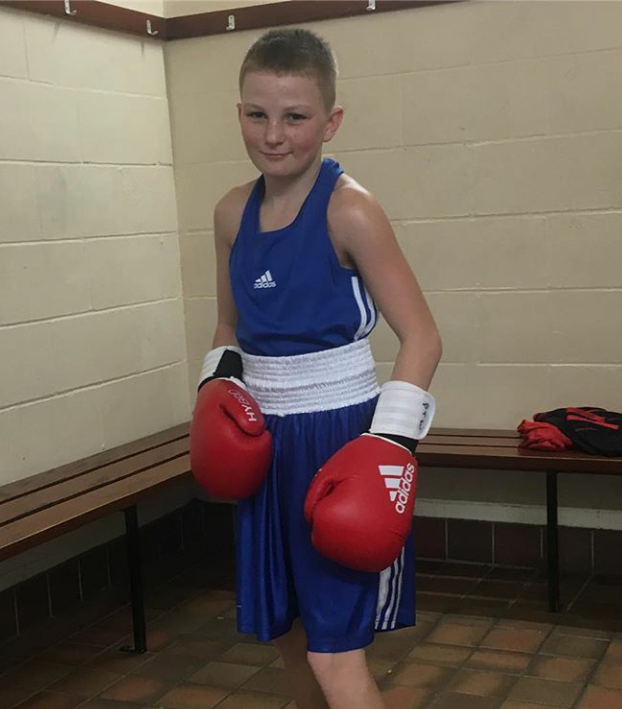 Paul Tyler Willett traveled to Colchester to box in the England Boxing Schoolboy Championships where he would face a very good opponent. Paul Tyler commanded the centre of the ring for the entire bout keeping his opponent on the back foot. Boxing very well our young man continued to press with good single shots and always getting the last scoring shot after each attack from his opponent. The judges awarded the win to the other boxer with a split decision which seemed harsh as Paul Tyler was the better boxer. However we will continue to work hard and improve ready for the next bout.