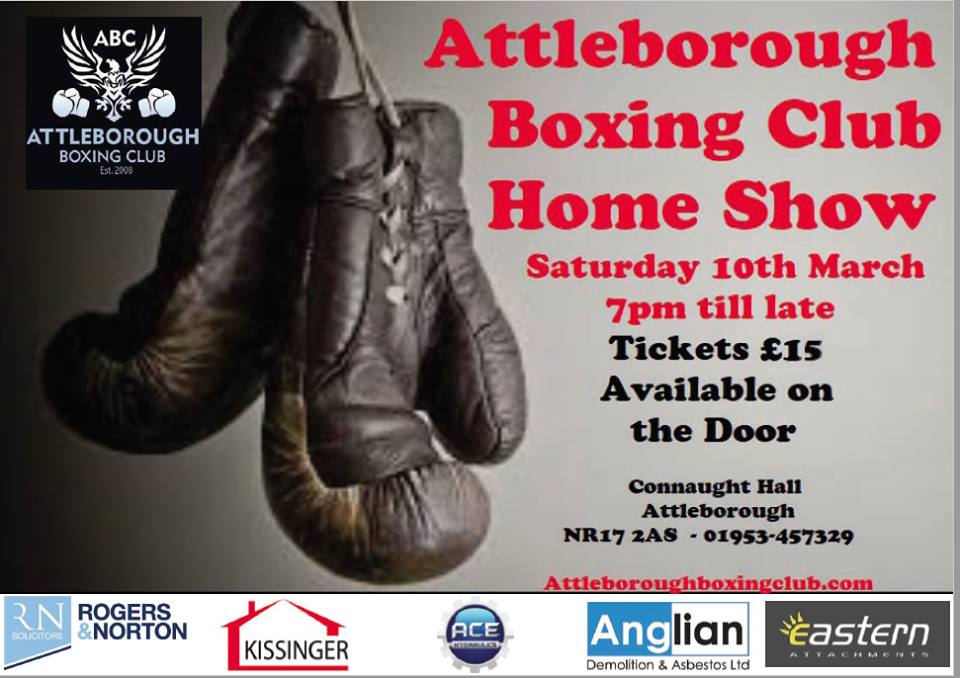 As part of its 10 Year Celebrations Attleborough Boxing Club is holding an Open Show on 10th March 2018 at its popular venue of Connaught Hall in Attleborough. Tickets priced at £15.00 are available in advance by contacting the ABC gym on 01953 457329 or available on the door. Doors on the evening open at 6.30 pm with Boxing starting at 7.00pm, and another atmospheric full house is expected to cheer the Boxers on.

The Club boosts 1 of the largest squads in England with 35 competition boxers currently in its ranks and is currently the 4th largest Club in England in terms of registered  boxers.

Following recent sparring weekends in Blackpool and Manchester and an Ireland Training Camp and also success at the recent Diss Show on 17th February the squad is raring to go and show the Norfolk public their current rich vein of form. Unfortunately National Champion Tommy Fletcher is not included in the programme due to Championship commitments.

The squad currently comprises of several promising female boxers and it is hoped that some of these will feature on the 1Oth March Show and as usual clubs from around the country will be pitting their skills against the Home Boxers where up to 20 bouts are currently Matched.

For further details regarding the show or general Information about Attleborough Amateur Boxing Club, which welcomes all ages and levels of ability, visit the club website Attleboroughboxingclub.com