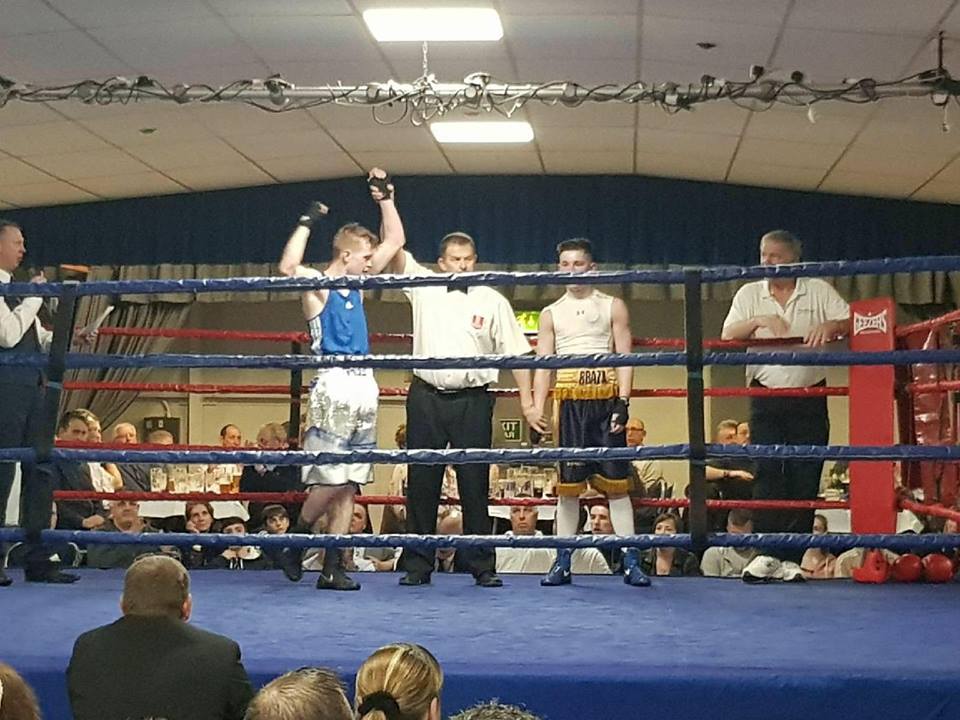 Lewis Nagle represented TeamABC in the March Boxing Club home show. His southpaw opponent was a lad he lost to a few weeks ago in a very close contest so Lewis was determined to get the victory this time.

The home boxer surprised Lewis in round 1 by being more aggressive than in the previous fight, seeing him throw many shots however he never really connected and Lewis had the better of the exchanges. Round 2 his opponent was a bit more reserved and Lewis was throwing some good shots, rocking his opponent on one occasion. In the final round Lewis was now in control catching his opponent on several occasions causing the referee to give him a standing eight count! The lad still looked groggy but came at our man with many uncontrolled shots but Lewis stood his ground in what was to be a very frantic last 20 seconds of the bout. The end verdict being a unanimous and deserved win for Lewis. 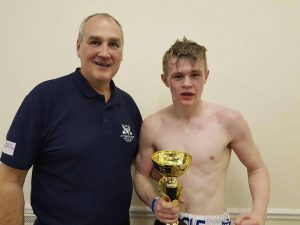 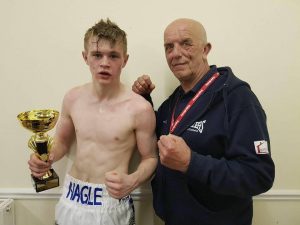