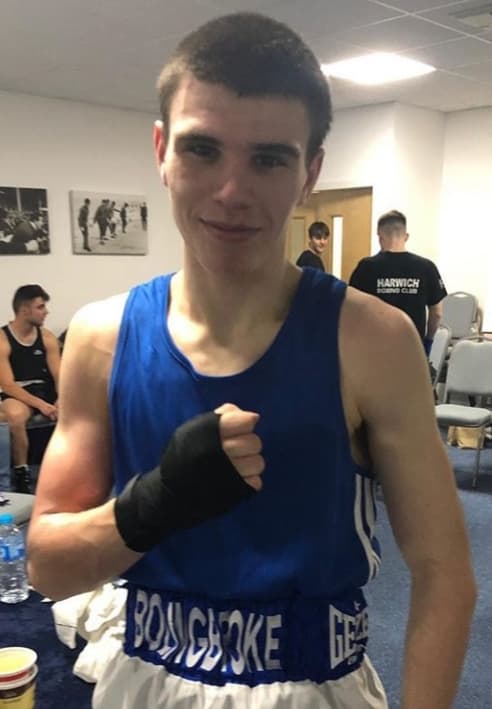 Owen Bolingbroke showed his class and power as he defeated his opponent from Suffolk in just over 1 minute. The Eastern Attachments sponsored boxer delivered some devastating blows from the first bell and kept up the attack giving his opponent 2 standing eight counts before the bout was stopped. Our man now progress into the Eastern Counties Final of the Youth Championships being held on 3rd February.