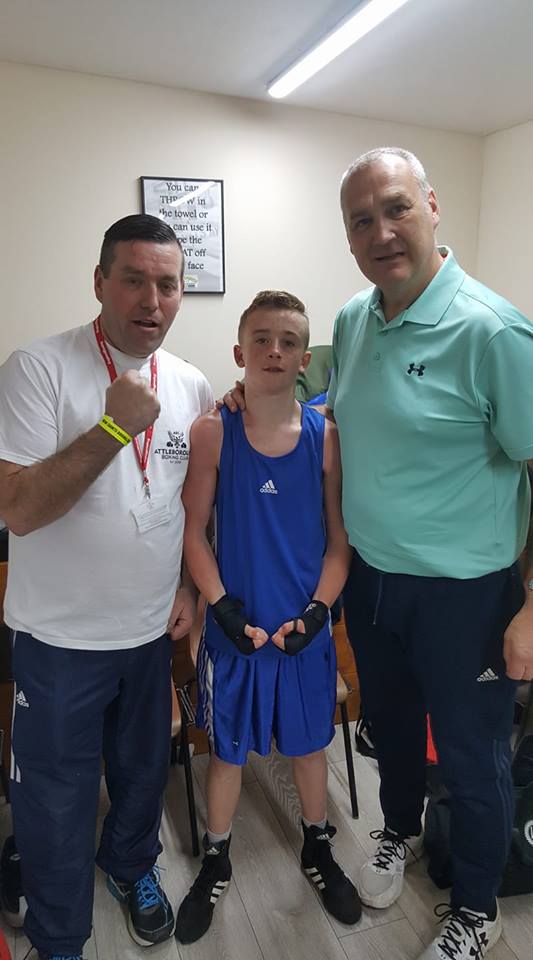 Rocky Johnstone started his journey in the England Boxing Schools Championships when he and the Team visited St Neots Saturday afternoon to box in the final of the Eastern Counties round. In a explosive first round both boxers went toe to toe giving it everything, landing some good hard punches. In the second round Rocky upped the pressure, boxing superbly and catching his opponent with many good hard shots  making things very difficult and convincingly winning the round. In the final round with Rocky sensing victory he went to work straight away once again throwing a tirade of shots before his opponents corner threw in the towel and the referee stopped the contest. Our man now moves onto the next round in his quest for national success.