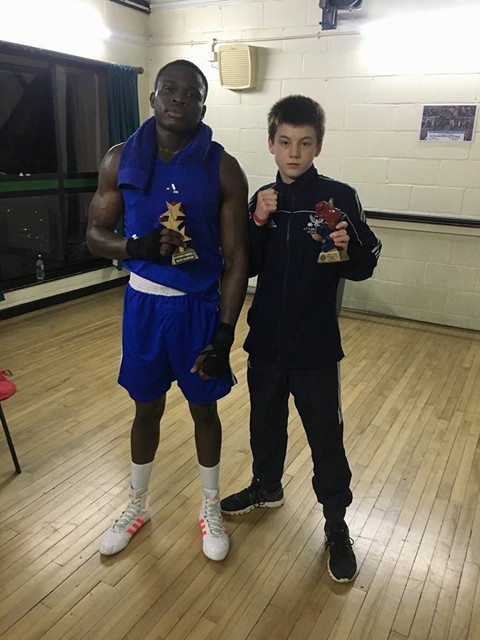 On Friday evening TeamABC went to Eastgate Boxing Club Show where Ezra started his journey in the England Boxing Elite Championships when he boxed in the Eastern Counties round of the competition. Starting the bout very positively our man controlled round 1 boxing well and listening to his coaches. In Round2 Ezra lost a bit of shape and composure allowing his opponent to impose some pressure of his own. This meant Ezra had to work hard in the last round to get a victory and he did just that , boxing well landing some good punches and coming away with a good victory and progressing into the pre-quarters of the national competition.

Lewis Bolingbroke also had a bout on the very same show against a very strong opponent. Boxing well our young man landed some good shots , especially when moving into positive positions. Throughout the bout Lewis came on stronger and better in the second half of the rounds ensuring victory was his.

A great night for TeamABC with 2 victories.