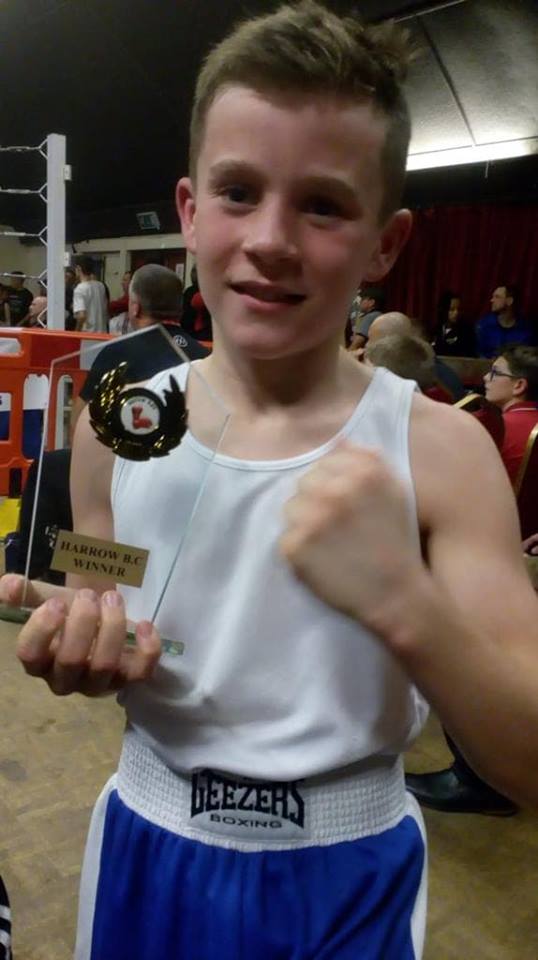 Finn ‘The Firefly’ Harris continued his unbeaten record when he travelled to Harrow with the Team. Once again our man was buzzing to be getting in the ring again maybe a little too much as it took him a while to settle down into a rhythm. His opponent came out on his front foot in the first getting off to a great start however Finn finished the round strongly. The second round was also another close round so the Shadwell Stud sponsored young man needed a good last round to make sure of victory. He certainly showed his ability in the 3rd boxing fantastically, finding his range, controlling the round and catching his opponent with lovely clear landing shots to take the round and win his 3rd consecutive bout. 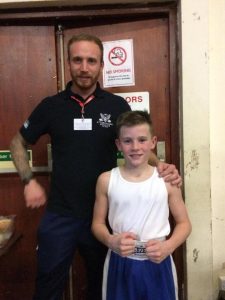 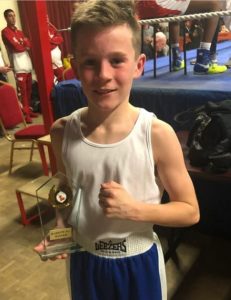 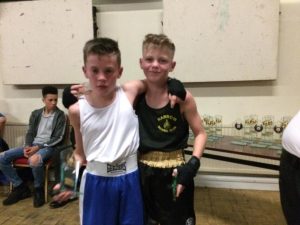