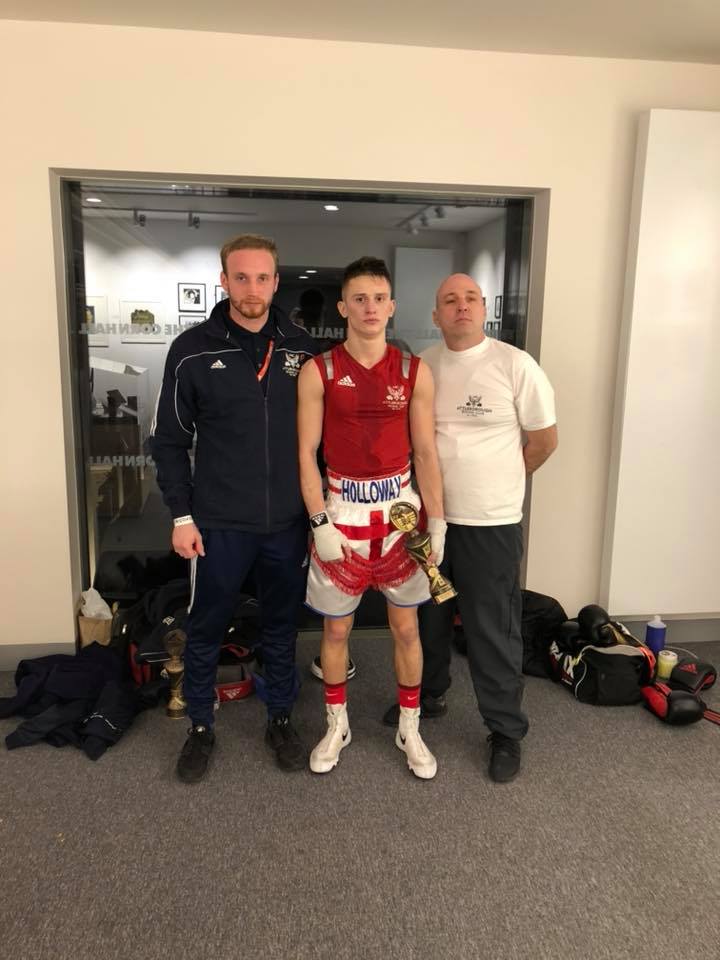 3 of our Boxers had bouts at the Progress Boxing Club Home Show in Diss on Saturday night and all came away with pleasing results.

first up for TeamABC was Finn Harris who was boxing in a ‘skills bout’, once again he boxed well and showed some good skills in a good contest. Still learning and developing but a pleasing performance from the young man.

Next into the ring was Lydia Nagle who started round 1 slowly and cautiously. However after listening to her coaches she exploded into life and boxed superbly in round 2 , this being her best round of the night. Into the last round and once again Lydia boxed very well just tiring towards the end of a good close bout. ‘Socks’ had done enough and her hand was raised in triumph being awarded the win on a split decision to maintain her short but unbeaten record.

Ending the night for us was Connor Holloway who had a very tough bout ahead of him against a very experienced and top quality opposition. Connor and the team had worked hard in preparation leading upto this bout and went into the ring with a game plan which he carried out superbly. There were times when Connor lost shape but he controlled the bout with superb shot selection and very few wasted punches. Come the end of the bout Connors tired hand was raised in a good victory by a split decision.

A great night for All at ABC with many positives as well as some things to work on and improve. Once again a great team spirit with all boxers listening and doing as asked on the night and getting their just rewards. 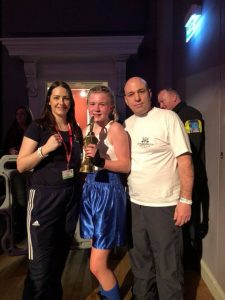