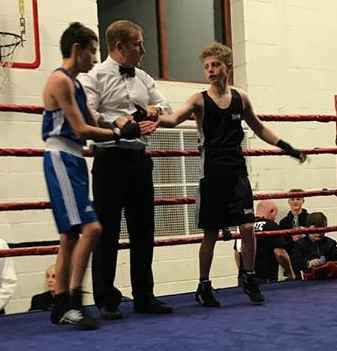 Will Friedman traveled the short distance to Diss to compete in the Progress Boxing Club show. In his final Skills bout the Ace Hydraulics sponsored boxer faced a good boxer from the Eastgate club. Our man had a tough first round as his opponent took control of the bout but Will showed good character to come back in the second round matching the skills of his opponent, competing and boxing well. With his confidence growing Will produced a good display in the third round finishing the bout the better of the two in a good skills contest. The ABC youngster has now served his apprenticeship , demonstrating his quality and capabilities in skills bouts and now moves into competitive bouts where he begins the next part of his boxing journey. 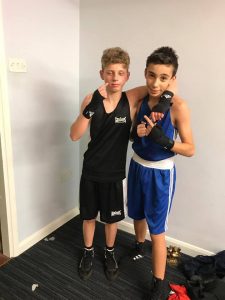