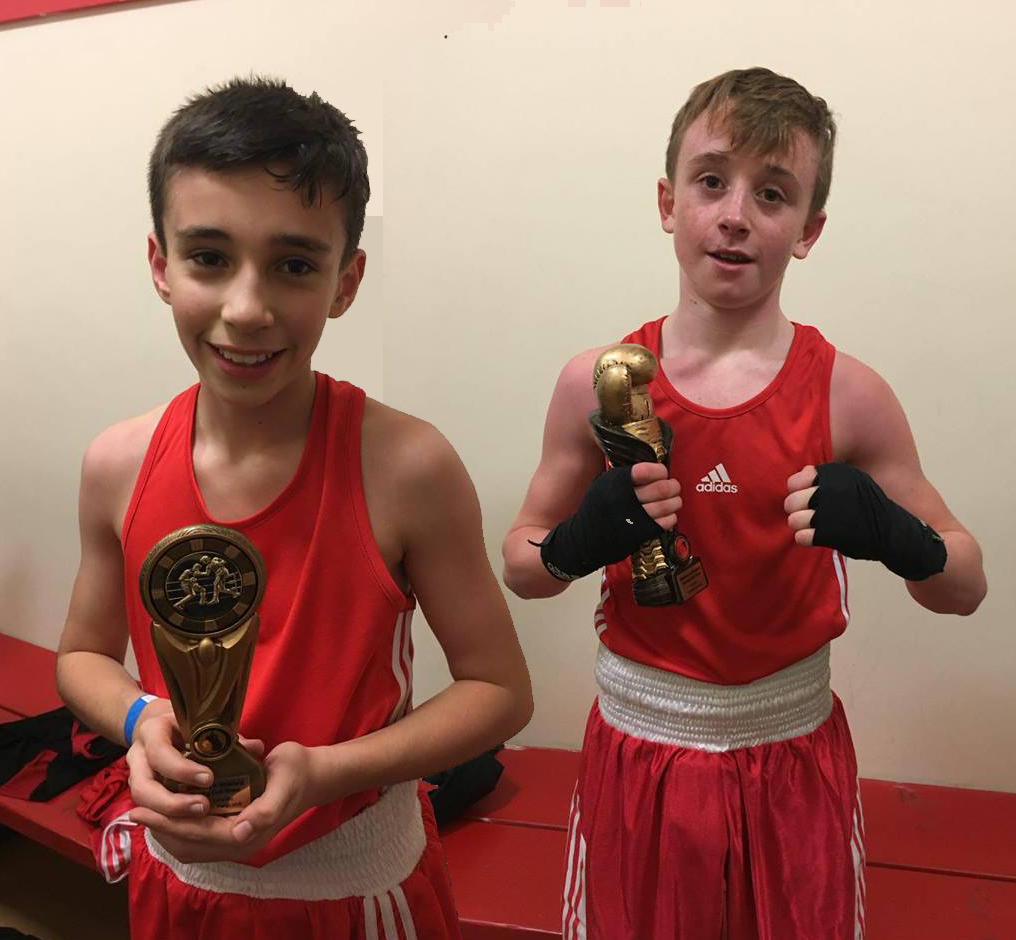 Last night Will Friedman and Rocky Johnstone would represent TeamABC when they took part in the Billericay and Wickford Home Show.

Will had his 2nd ‘skills bout’ in a week against the same opposition he faced at his own home show. With his very 1st bout out of the way (just!!) Will came into last nights bout far more relaxed and a lot more confident and this showed throughout the bout with a much improved display. Will showed much better movement , especially upper body avoiding the punches from an opponent who continued to come forward and even though Will did not throw the amount of punches he does in training again it was a definite improvement in just 7 days.  The quiet , hard working young man can be proud of his performance last night and should be pleased with his progression. He will certainly only get better now with time and experience but has a great platform to build from.

Rocky was matched against a good opponent, however full of confidence and self belief our young man came out on the attack from the first bell. Boxing superbly with good combinations and terrific positive defence movements, he quickly asserted his authority on the bout making things difficult for his opponent. Round 2 and both boxers showed great skill trading punches and showing great defence work also. Rocky kept his opponent on the back foot for long periods, delivering some quality scoring punches but his opponent who was clearly a good boxer also showed he could box. Both lads continued the high energy work rate into the last round again boxing very well but again it was Rocky having the better of the round rolling under his opponents shots and countering with great punches. After 3 fantastic rounds of boxing the judges awarded Rocky the win by way of a unanimous decision. A great bout from 2 talented youngsters who despite their ages showed good boxing skills and both did themselves proud. 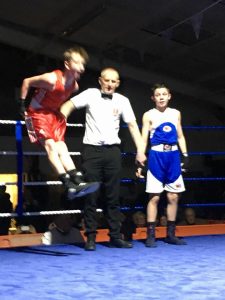